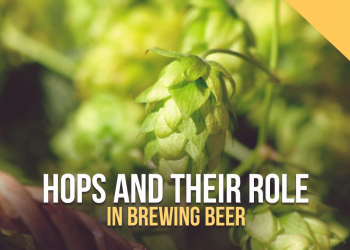 Hops are often the star of the show in modern craft beer. Even if they aren’t used in such big quantities as malt, they tend to be the main focus of modern beer lovers. Hops come from a very rich and complex flower which brings a whole pallet of properties to the beer. In today’s blog, from a series of two articles we will dedicate to hops, we will go through a quick throwback to the history of hops, what hops actually are and what they are made of.

Don’t forget to take notes, because you’ll be need to remember all this for a next coming article!

The history of hops

It might seem obvious that hops are related to beer nowadays, but it hasn’t always been the case. Indeed, before the German purity law of 1516 which said that only water, malt, hops, yeast could be used for brewing, brewers were quite the foragers when it came to bringing bitterness and aroma to their beers.

Before hops, brewers used a mixture of herbs they called Gruit, traditionally made with bog myrtle, yarrow and wild rosemary.  Breweries could also change a bit the mix adding various different seeds and even hops sometimes.

But when the benefits hops could bring to the beer were discovered in Hallertau (Bavaria) in the 11th century, this nowadays trendy ingredient gradually started replacing this widely used herb blend.

Hops are the flowers which grow on the plant called Humulus lupulus, which is a member of the Cannabaceae family. Like all plants, hops grow in particular regions of the world where the climate is more favourable. The different varieties of hops are grown in varying climate and soil conditions, which defines the bitterness, flavours and aromas they bring to the beer. Europe’s hop production is concentrated in Germany, Czech Republic, Poland, Slovenia and United Kingdom, but hops are most importantly grown in the United States and are also quite present in Australia and New Zealand.

Once hops flowers are harvested, they can then be transformed in different forms for their use in brewing. Here are the main kinds of hops used in the industry today:

Whole leaf hops are the flower, also referred to as cone, which is taken directly from the plant and dried until reducing its humidity lower than 10% to increase its preservation and then pressed into bales. As these hops are lightly transformed, their content is less modified.

Wet hops is the name given to the freshly harvested cones which are used for brewing without any prior transformation. These hops should be used immediately after harvesting as they present a high humidity content. The freshness of these hops bring o the beer all its flavours and characteristics which it takes from the soil when it was grown.

Pellet hops are obtained by milling the dried whole leaf hops into a powder and pressing it into a pellet. The great advantage of these hops is that they are much more concentrated than dried of fresh hops, while preserving all their components. Moreover, pellet hops have better preservation than whole leaf hops and are also much easier to store. 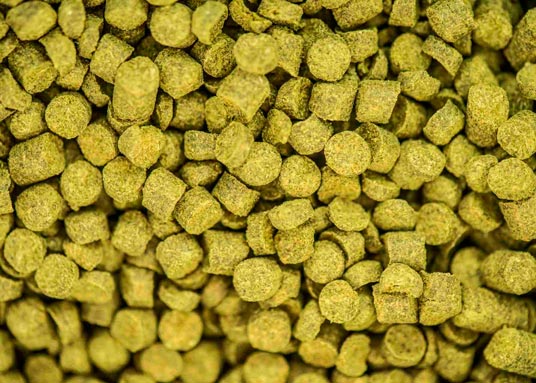 Hop pellets can be further transformed into CO2 hop extract. By performing a supercritical CO2 extraction of the pellets, we can obtain a purely resinous extract of alpha and beta acids, and hop essential oils. This highly concentrated hop form brings a clean bitterness and aroma to the beer when added during the boiling. 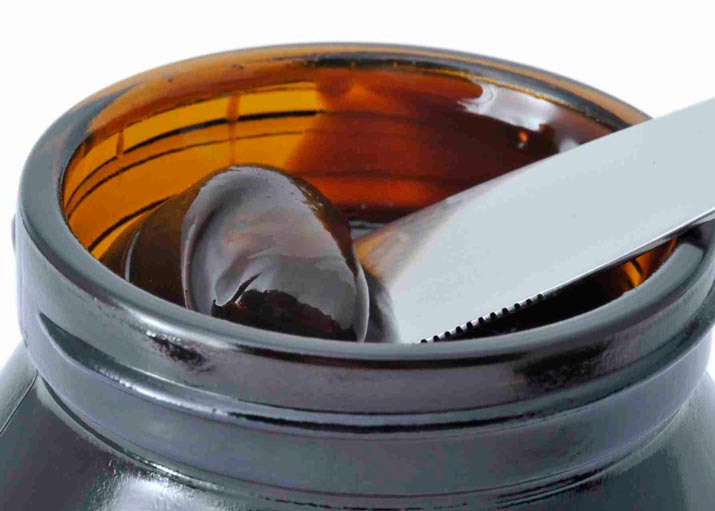 Now we started talking about essential oils and alpha or beta acids, I think it’s time we look into the composition of hops.

What are hops made of?

Hops are constituted of 40% of cellulose and lignin, polysaccharides which are very important structural constituents of all plants.

Then, 15% of the hop composition is dedicated to its resins, which have a very interesting role in brewing. This fraction of the hops contains three of the major players of brewing: alpha-acids, beta-acids and cohumulone.

Beta-acids have a less important impact on the beer, but they also bring bitterness and aroma.

Then, after the important proportions of proteins and water contained in the hops, and the lesser quantities of tannins, fats, pectin and simple sugars, hop is also composed of 0,5% of essential oils.

And even if they show a very little proportion in hop composition, their contribution to aroma is very significant as they will define the different flavour and aroma attributes of the hops and the beer. All the floral, fruity, herbal, spicy or woody aromas you can perceive in your beer are given by this tiny but very important hop content!

We think that’s enough for today! We hope you have learnt more about hops and understand why beer fans just love them so much. If you are curious to know more about hops, check out are All Grain Kits and get familiar with our different varieties and beer recipes.

In the next part of our series of articles dedicated to hops, things will get a little more scientific. So we’ll be expecting you to remember all you’ve learnt today for the next session. Cheers!